In these Covid-era days, we often have to make unfamiliar choices, many of which involve deciding among levels of risk. Megan and I like to break up our work routine and step away from our laptops now and then. Situated as we are in the woods, hiking has become a pleasant escape. Some trails pass right by our cabin, and we can reach others a short drive away. What we’ve learned is that we have a choice between busier trails and less-frequented ones. The former carry a risk of running into someone sick, so we carry masks. But the latter sometimes present the unpleasant surprise of big fat rattlesnakes basking in the sun. Either way, we have to accept a certain risk, and realize that even an innocent hike is not really risk-free! 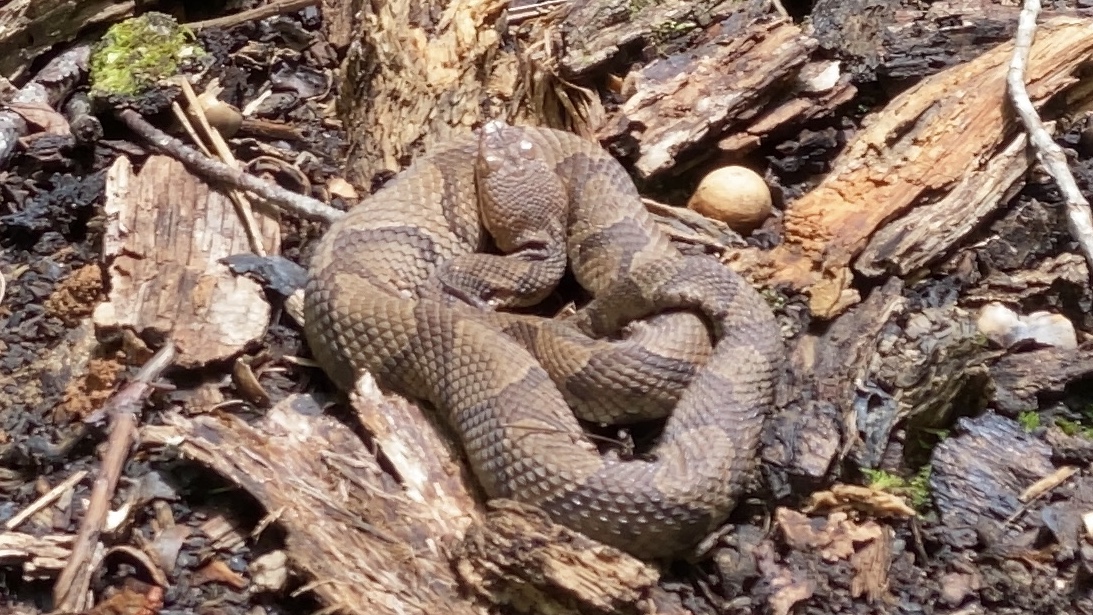 At some point in my finance education, I was introduced to the notions of a risk-free rate and a risk-free investment. I don’t know if it was my skeptical nature or my nascent contrarian bone, but they just didn’t sound right to me. Intuitively, I believed investment always involves a risk, and only sometimes offers a reward. I also thought, and still think, that not all rewards are worth the risk they entail. Finally, I realized that not all risks are immediately visible — like that big rattlesnake camouflaged by its surroundings.

Speaking of rattlesnakes, once I encounter a new risk, I like to understand the odds of harm and the way to address it. Although there are only 7,000 snake bites a year in the U.S., the averages don’t tell the entire truth. A competent statistician would insist that we are more likely to win a lottery than to suffer a snake bite, or even encounter a snake! However, if you’re hiking in our current neighborhood, the odds tilt dramatically toward a human/snake confrontation every single day. Let me tell you, that doesn’t feel like a lottery win at all!

I have also learned that the best snake bite emergency tool kit is … a phone and a car key. Unfortunately, an encounter may happen miles from a parking lot, with no phone signal, and a long drive to a hospital. Experts advise the bite victim keep his or her heart rate down to slow the spread of the venom. (My heart rate goes up at a mere sight of the reptile!) The victim has hours to reach a hospital where the antivenom can be administered. The 24 hours following the bite are apparently very unpleasant, and recovery may take weeks or months.

All of this is by way of pointing out that there is no such thing as risk-free hiking. All the same, some of my professors as well as many investors still claim there is such a thing as a risk-free rate, as well as risk-free investment. Such an investment has scheduled payment(s) over a fixed period of time that are assumed to meet all payment obligations; a government bond is one example.  Many financial models (such as the discounted cash flow model and the Black Scholes model among others) use the so-called risk free rate to price other assets such as stocks, options, bonds etc.

Anyone who grew up in a country that has defaulted on its debt (including yours truly in Poland) would never consider a government bond risk-free. U.S. investors haven’t had that experience. Over 200 years ago, in the aftermath of the Revolutionary War that brought the U.S. independence from the Kingdom of Great Britain, the country faced a dilemma: should it honor its war debts or not? Alexander Hamilton wanted to do the former, while James Madison had other ideas. The debt was trading at a big discount to face value, and Madison wanted to pay only the current price. Hamilton won the argument in favor of repaying the debt at full face value. This historic move restored the world’s confidence in the infant nation’s ability to pay its debts!

Since then, we’ve come to believe that the U.S. can’t default on its debt. Almost 10 years ago, the former Federal Reserve chairman Alan Greenspan told us there was no chance of a U.S. default. Why? Because we can’t print more money, he told us. That may be true, but as Poland’s example demonstrates, printing money to pay government debt can lead to a devasting hyperinflation. Many countries, many civilizations (including the Ancient Greeks, the Ancient Romans, and the Chinese emperors) tried to debase their currency to get out of debt. The practice is as old as money itself. Technically default may be avoided, but the value of the money we get back could be a fraction of what we initially lent to the government. That doesn’t sound like a risk-free investment at all, does it?

Today, U.S interest rates hover just above zero, and the allegedly risk-free rate on a 10-year US Treasury bond is paying a mere 0.55%. In other words, if you lend the government a million dollars for 10 years, you’ll get paid $5,500 for each year. The return would have been 6 times as much only 18 months ago. Even if we disagree on whether it’s truly a risk-free investment, we can all agree that it’s almost reward-free.

Let’s remember, though, how all assets are priced based on the risk-free rate. The lower it goes, the higher-priced other assets become, including other bonds (including corporate bonds) or stocks. Looking at the post-March 2020 stock market rally, we can see the correlation between asset prices and the risk-free rate. Interest rates dropped; asset prices jumped higher. Investors, seeing stock prices rise yet again (despite falling corporate profits, record unemployment, and rising health risks) start to believe that stocks look like a risk-free investment, too. “If you can’t lose money in a pandemic year, when can you lose money?” a friend asked me recently.

It sounds like a familiar idea. We’ve been told before that home prices could only go up. Now, it seems that stocks can only go up, even if the companies don’t make profits, if their storefronts or factories close, and if their customers have lost their jobs.

In a conversation with my mentor and partner, François Sicart, I brought up the interesting challenge of investing in a world where you supposedly can’t lose money, and everything can be presented as a risk-free investment. As always, he shared his words of wisdom, and told me: “I’ve always said that I don’t invest in things where I ‘can’t lose money.’ Such a market would be a good example.” Our discussion also inspired his last article aptly titled: If I ever retire, I know what the reason might be.

Having ran into some highly venomous snakes in the last few days, I have a new understanding of the risks that hikers take, especially those brave enough to head out on the less frequented, beautiful, but overgrown trails. Just because you aren’t aware of a risk doesn’t mean it’s not there. If you are heading out hiking, take a stick with you, and watch where you step. If you think you’re making a risk-free investment in a bond, stock or real estate for that matter, look again!